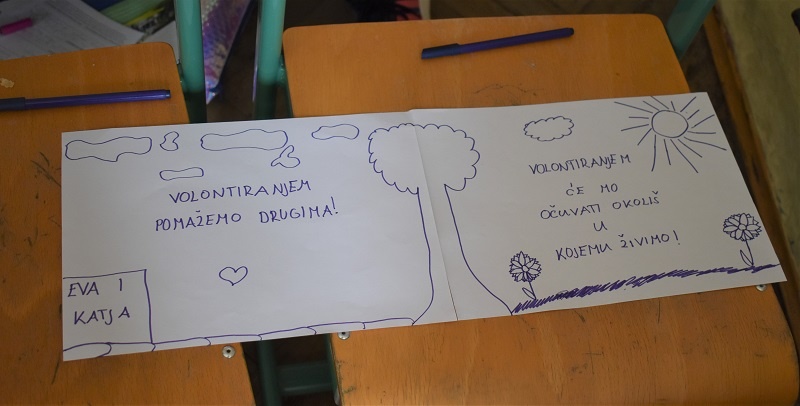 Everything counts in volunteering!

Educational workshop “Being a Volunteer” was held on the 21 October 2020 in the elementary school Braća Ribar in Sisak conducted by the Local Democracy Agency Sisak staff and attended by the 5th grade pupils.

The majority of participants have no previous experiences in volunteering but have a great interest to get engaged in the school volunteering activities.

The pupils were introduced to the main volunteers’ obligations, rights and legal framework of volunteering using interactive learning methods. Moreover, the participants had an opportunity to propose volunteer’ actions within their school which will be organised in nearby future jointly by the school and the LDA Sisak.

The pupils rated the workshop very high, especially the drawing exercise and coming up with ideas for volunteer’ actions. The pupils stated that they learned the basic principles of volunteering and would like to engage in that field more in the future, especially in the fields of environment protections and humanitarian work. The staff of the LDA Sisak will continue to support the schools volunteer club in the context of education and information and will work closely with the school’s staff with in order to strengthen youth volunteering activities.

The views expressed in this text are the sole responsibility of the Local Democracy Agency Sisak and do not necessarily reflect the opinion of the City of Sisak nor the Ministry.