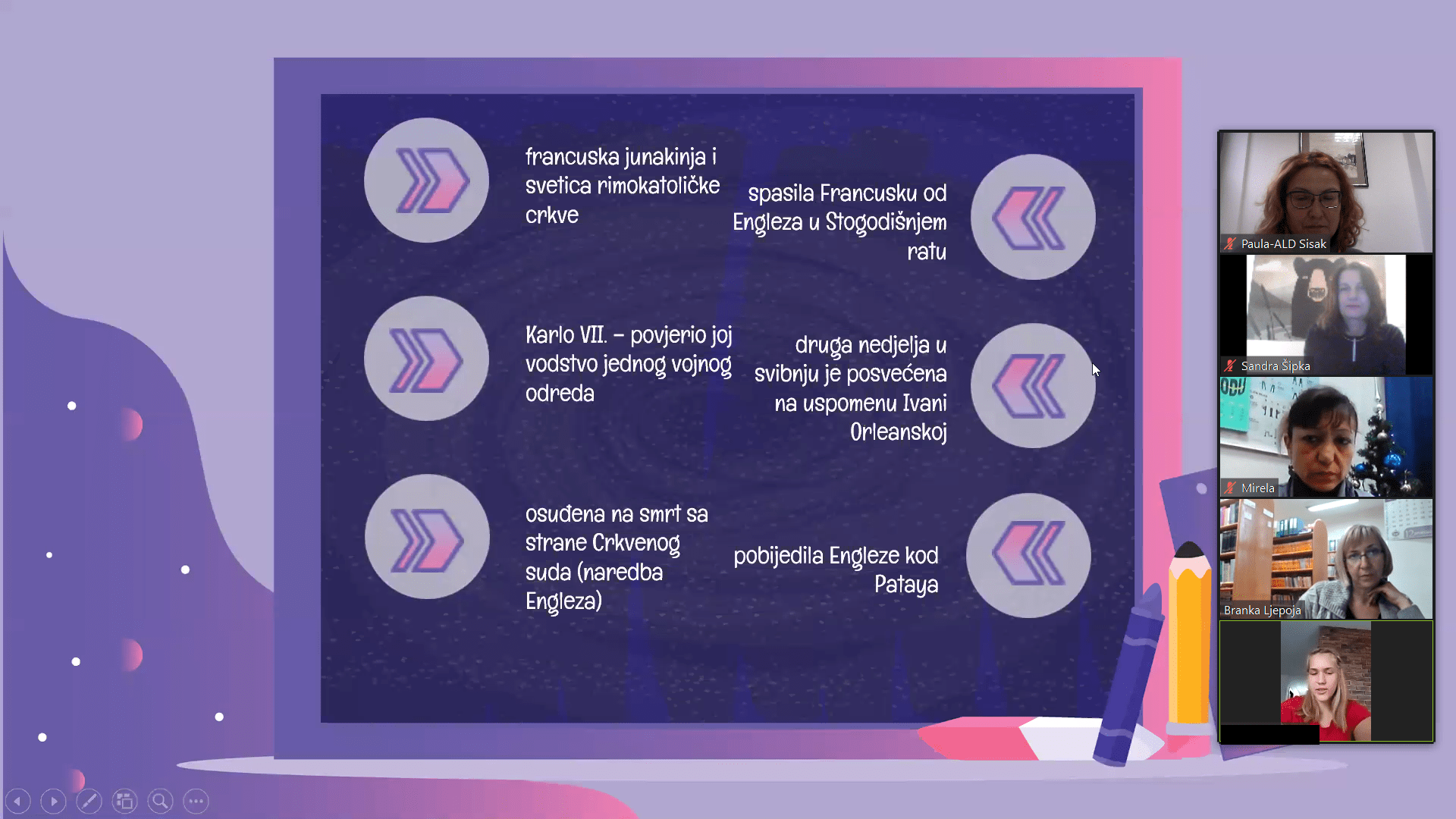 The topic was women rights as a foundation of a democratic society built on principles of equality and abolition of discrimination and therefore in line with the 5th Global sustainable development goal.

The members of the High school’ volunteer club presented to the 6th graders of the rural Elementary school Katarina Zrinski in Mečenčani, four fearless women in history successful in different fields by using digital tools. Afterwards, the elementary school pupils drew their impressions of the women, followed with discussion on gender equality and usage of ones potential in restricted surrounding.

The volunteer action is part of the projects:

Follow my Steps! – Youth for a Sustainable Community implemented through the Swiss-Croatian Cooperation Programme. The programme is co-financed by the Government Office for Cooperation with NGOs. The project implements the Local Democracy Agency Sisak in partnership with the Sisak-Moslavina County, Gymnasium Sisak and High School Ivana Trnskoga Hrvatska Kostajnica.

Build your knowledge, be the change – improving the quality of life in Pounje trough active participation of young people funded by the Croatian Ministry of Labour, Pension System, Family and Social Policy. The project implements the Rehabilitation Center for Stress and Trauma in partnership with the Local Democracy Agency Sisak, the Local Action Group UNA, the High School Ivana Trnskoga Hrvatska Kostajnica, the City of Hrvatska Kostajnica, the Municipality of Majur, the Municipality of Donji Kukuruzari and the Centre for Social Welfare Hrvatska Kostajnica.

The views expressed in this text are the sole responsibility of the Local Democracy Agency Sisak and do not necessarily reflect the opinion of the Government Office for Cooperation with NGOs and the Ministry.