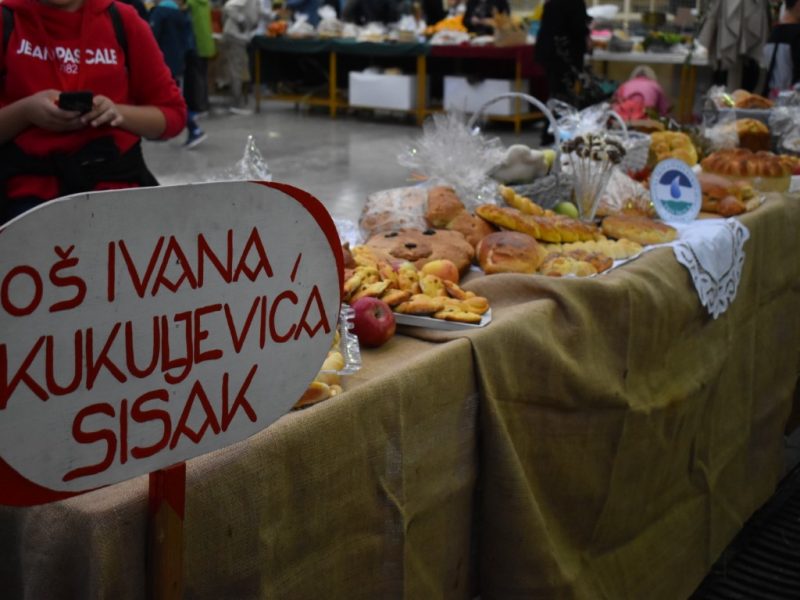 First volunteer action within the project “Future: for us and for you!” was held

On October 18, 2019, as part of the project “The Future: for us and for you!”, Sponsored by the City Red Cross Society of Čakovec, the Agency for Local Democracy Sisak, the Red Cross City Society of Sisak and the Elementary School Ivana Kukuljevića Sisak held one of their partners volunteer action on the occasion of Bread Day 2019 at the City Market Sisak organized by the City of Sisak. The activity was carried out as part of family volunteering and a sustainable development training program involving partner school students and their parents.

The volunteer students and their parents prepared bread products that they distributed to citizens and visitors of the event. The voluntary action of sharing bread products is a concomitant activity of one of the global goals of sustainable development, the Hunger-Free World. During the distribution of bread products, volunteers had the opportunity to network with other elementary schools in the area of ​​Sisak and to introduce citizens to the activities of the project.

In the next volunteer actions, volunteers will have the opportunity to participate in creative workshops, charity events and visits to some of the important local institutions. Also, in the next two weeks, the first in a series of Workshops for students and parents will be held at the Elementary School Ivana Kukuljevića in Sisak with an emphasis on sustainable development topics, which will be conducted by representatives of the local Red Cross society and the Local Democracy Agency Sisak.

The program is co-financed by the Office of the Government of the Republic of Croatia.

The text in this material are the sole responsibility of the Local Democracy Agency Sisak and do not reflect the position of the Office of the Government of the Republic of Croatia.