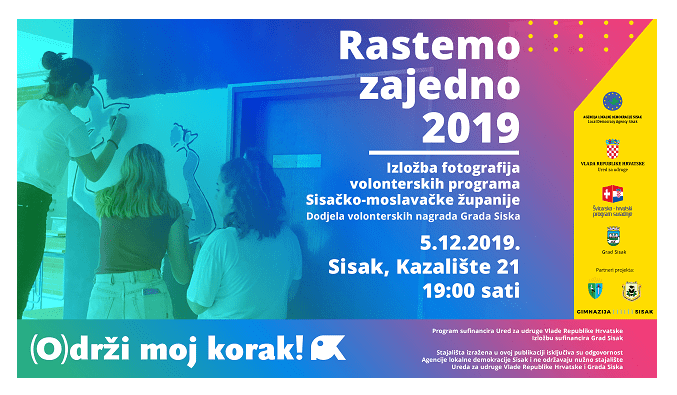 Photo Exhibition “Growing Together” in 2019.

Local Democracy Agency Sisak invites to Opening Exhibitions of photos of volunteer programs conducted in the area of ​​Sisak-Moslavina County during 2019, which will be held on December 5, 2019 at 7:00 pm in Sisak Theater 21.

Photographs of the following volunteer organizers were displayed:

The exhibition is set to 6 January 2020 and enter is free.

In addition to the opening of the exhibition, the 2019 Volunteer Towns of Sisak Awards Ceremony will be held. Find the winners and commendations on the City’s official website at the link HERE.

Let’s support volunteers and volunteer organizers in building a better place to live because – By volunteering, the world becomes a nicer place!

The views expressed in this text are the sole responsibility of the Local Democracy Agency Sisak and do not necessarily reflect the opinion of the Govermnent Office for Cooperation with NGOs and the Town of Sisak.