YOUR PARTNER IN BUILDING DEMOCRACY

Different tools in the LDA Sisak field of work that we developed, participating in its development or produced within projects we were involved in.

Presentation flayer on Volunteer Center Sisak. Learn how to get involved in volunteering, whether as an individual or a legal entity, and about other services we offer.

Flayer of project “Follow my Steps!” aimed at  developing a practical education program on the sustainable development of children and young people through volunteering and thorugh the school volunteer clubs.

Calendar produced in a framework of a project “Think Green Every Day!” contains dates related to protection of environment and nature. At the calendar are wining drawings of elementary school pupils from all over Sisak-Moslavina County.

White stork educational ecological bookmark made in a framework of a project “Think Green Every day”!

MO.D.E. Mobility for democracy in Europe

Flyer  of project “MO.D.E.” about possibilities of mobility and volunteering.

Waste management poster, produced in 2008 in a framework of “Everything in Its Place!” project, supported by Sisačko-Moslavačka County, Administrative department for environmental and nature protection.

Call for SOS telephone Volunteers for victims of domestic violence - 2008.

Poster – OPEN CALL- for volunteering on the SOS line for victims of domestic violence.

For a Community without Domestic Violence - 2007.

Poster of the project “For a Community without Domestic Violence” implemented during 2007.

Intercultural Learning a Tool for Peace – 2021.

This Training Toolkit serves as a tool for teachers and youth workers, to support them in working with pupils and youngsters on how to be resilient to reconciliation, no hate speech and promote peacebuilding with their young people in community level.

It is developed as a part of the „WalkON: Walking the path of reconciliation – empowering communities for a peaceful “society project, aiming to support development and increasing the competences of youth workers, teachers, young people and community youth leaders in the Western Balkans, to address and work with reconciliation, countering hate speech and promoting peace building.

A manual created in the project “Youth Work in Progress” in which you can find what you as a mentor, need to know about young people: the stages and characteristics of youth development, what actually is youth work, the typology of youth work, what are the types of mentoring, essential mentoring elements, but also tips and tricks for successful mentoring in youth work, and more thing that can benefit you in your work.

Guide supplementing the youth mentoring guide, created as part of the project “Youth Work in Progress”. In the Guide you can find information about the mentoring process in general and different stages of the process, what are the areas of young person’s development that you could potentially focus on, how to start the mentoring process, and what are the crucial and most important boundaries, information on where and how to find relevant resources and support for mentoring in youth work.

Everything you ever wanted to learn about online learning and digital tools in youth work and non-formal education.
Portal created in project “Youth Work in Progress” as a space where young people of various professions or professions can find theoretical and practical commentary on these topics.

A handbook created as part of a project where you will find all the steps to develop a volunteering system in the school with examples of good practice and important documents.

A training Module on entrepreneurship education, for trainters, youth workers and teachers to use in non-formal education settings. A colletion of workshops created by participants and trainers of the RAISE project.

The manual is the product of the a project „Advocacy and Rights Training Seminars for Ethnic Minority Councils“ that LDA Sisak was implementing in the period February 2005 – February 2006, supported by Council of Europe.

Education for Peace and Multiculturalism: A Handbook for Trainers - 2006.

This handbook had been developed as a part of the EU funded project of Releasing Indigenous Multiculturalism through Education (RIME), carried out collaboratively between academics at the Universities of Birmingham, Warwick and the West of England (UK), Ul’ianovsk University and Kuban State University (Russian Federation) and NGO partners from South Eastern Europe, East Central Europe, the Russian Federation, the Southern Caucasus and the United Kingdom between January 2004 and December 2006. The partners involved in the project in the respective regions are from Bulgaria, Croatia, Serbia and Monteregro, Bosnia and Herzegovina, Ukraine, Krasnodar Krai in Southern Russia, Georgia and Abkhazia.

Contribution on the project “Education against corruption” and research on unethical behavior and petty corruption in secondary schools. The project was implemented during 2013. and 2014. Leader of the Freedom of Education Forum project. Partners: LDA Sisak, LDA Osijek, NEPC and Info Zone Split.

Europe Day on May 9th, 2009., in Petrinja, as part of the project “Training for Active Citizenship in the EU Enlargement Process”. It was organised by LDA Sisak, Iks Petrinja, HVIDRA Petrinja, Civil rights project from Sisak and Sunflower from Gvozd.

Video created as part of the project “Indigenous multiculturalism – Youth in Action”, which was implemented during 2005 and 2006 in the Sisak-Moslavina County.

Publication presenting 15 years of Local Democracy Agency Sisak work, published with the support of Congress of Local and Regional Authorities of Council of Europe.

Publication gathers youth works exposed at the Pop-up gallery in September 2019, as a part of the international project „CLINK – Cultural heritage linking diversities in Europe“, inspired by the industrial heritage of Sisak and Sisak-Moslavina county.

The final publication of the project RAISE – Raising the Advantages of Youth through Innovation and Social Entepreneurship (2016-2017).

The publication is a part of the project “Europeanization of Croatian Social Policy and the Croatian Social Charter” and contains guidelines for the implementation of regional workshops.

Survival guide through Sisak written by the EVS volunteers who spent 12 months in LDA Sisak, as a part of a project “Creative Youth Laboratory”. The publication is funded by the EU, Youth in Action Programme.

Publication of the “E-FOR: Education for Remembrance” project implemented during 2009 and 2010 in Croatia, France, United Kingdom, Macedonia and Italy, co-funded by the EU, Program Europe for Citizens.

Training for Active Citizenship in the EU Enlargement Process 2009.

Report of a project “Training for Active Citizenship in the EU Enlargement Process”, implemented in 2008 and 2009, supported by the European Union – Europe for Citizenship Program and Association of Local Democracy Agencies.

Publication "For Community without Domestic Violence" - 2007.

Newsletter of a multilateral youth project.

Final report of the international youth training “Youth Programme – Tool for Networking in Neighbouring Countries” held in Serbia, Subotica/Palić, August 23-27 2006. The training was organised by the Local Democracy Agencies Sisak, Osijek and Subotica in the framework of a project “Actions for Capacity Building for Local Authorities and NGOs in South East Europe.”

Status Quo on Reconciliation and No Hate Speech! Tools and Resources Available - 2020

Research on policies, practices and available methods for education of youth and youth workers on the issues on peace and no-hate speech in Croatia. The research conducted as a part of the „WalkON: Walking the path of reconciliation – empowering communities for a peaceful society“ project in Albania, Bosnia and Herzegovina, Croatia, Kosovo, Northern Macedonia and Serbia.

Compilation of researches done in Albania, Bosnia and Herzegovina, Croatia, Kosovo, Northern Macedonia and Serbia on policies, practices and available methods for education of youth and youth workers on the issues on peace and no-hate speech. The research conducted as a part of the „WalkON: Walking the path of reconciliation – empowering communities for a peaceful society“ project. The research results are used to develop regional policy brief document „New Age of Reconciliation – Generation Z as the Engine“, which you can read on this web site in the „Policies“ section.

Results of the research of Sisak citizens attitudes on waste managment in Sisak-Moslavina County - 2007.

New Age of Reconciliation – Generation Z as the Engine - 2020

This document is developed based on findings from researches that mapped good practices and analysed the state of play in reconciliation, education for peace building, as well as hate speech policies in Albania, Bosnia and Herzegovina, Croatia, Kosovo, North Macedonia and Serbia. It is developed as a part of the „WalkON: Walking the path of reconciliation – empowering communities for a peaceful society“ project, aiming to support development and increasing the competences of youth workers, teachers, young people and community youth leaders in the Western Balkans, to address and work with reconciliation, countering hate speech and promoting peace building. 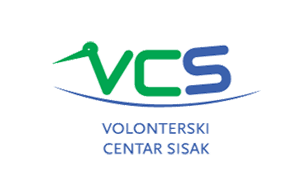 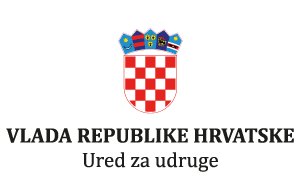 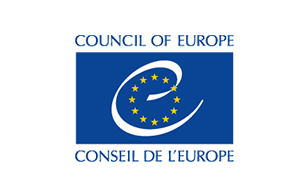 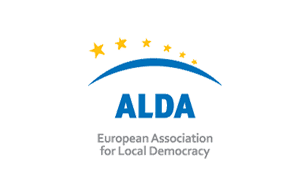 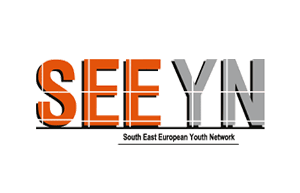 Your partner in building democracy

This page is created within the project “Follow My Steps! – Youth for Sustainable Community".

The views expressed in this page are the sole responsibility of the Local Democracy Agency Sisak and do not necessarily reflect the opinion of the Government Office for Cooperation with NGOs.