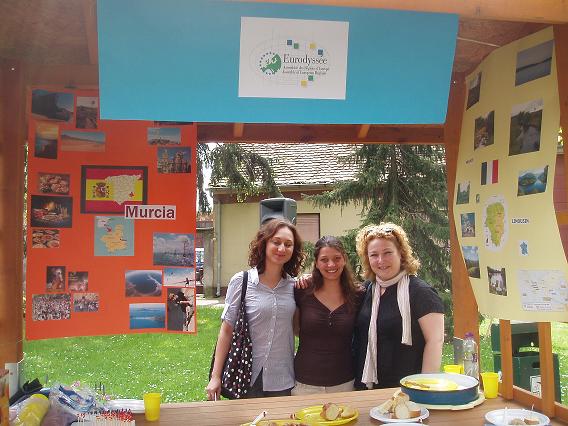 My name is Catherine Crozon and I’m from Belgium. I live in Namur, the capital city of Wallonia (French-speaking part of Belgium).I have studied Publics Relations and after, I did a master in the area of cooperation and development. I really like to travel and discover different countries. It’s a good way to learn about how the world is working and the different lifestyles. I’m really attracted by the association field and working in NGO.

Last year, I decided to apply to Eurodyssee Programme. This is an exchange programme of the Assembly of European Regions which allows young job seekers aged between 18 and 30 to benefit a traineeship placement abroad for a period between three to seven months. The objective is to allow young people to gain professional experience at the same time as they get an opportunity to improve their knowledge of a foreign language.

I sent my application in December 2009 and three months later, I was organizing my stay in Croatia. According to me, this programme is very well organized. The persons in charge helped me to organize everything and are available to give me some more help for anything.

I’m living in the center of Sisak with two other trainees from France and Spain, in a flat. The Sisak-Moslavina County gave us a grant and we are fed and accommodated. I’m staying here for three months. I and my flat mates attended Croatian language courses during the first month, March 2010, and I’m working in the Local Democracy Agency Sisak the two other months. With that course, I’m able to communicate with people in the city and have a simple conversation. In my traineeship, I’m discovering the activities and projects of the LDA Sisak by different ways. I can see how NGOs are working in this country and be involved in some activities.

This adventure is perfect to get a new professional experience and discover a new part of the world in the same time.