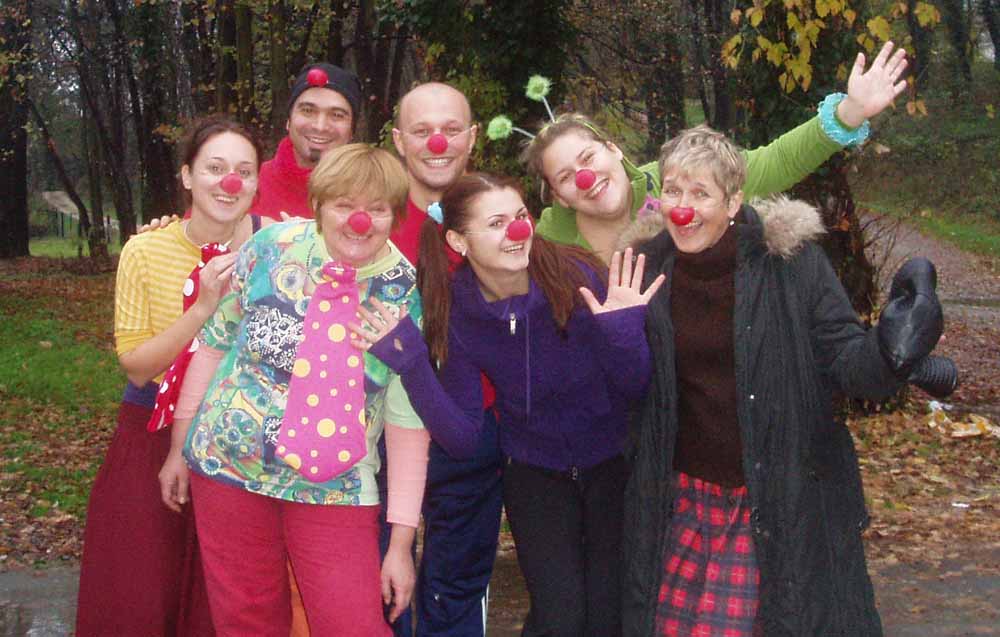 Funded by Administrative department for social affairs of Town of Sisak

Project “Smile to Smile” is implementing in Sisak area during year 2010 by a clowns-volunteers group “SKLAUN”, organised by the LDA Sisak. The “SKLAUN” is gathering clowns-volunteers since October 2008 and currently is composed of 7 members.

The purpose of clowns-volunteers is to help people (mostly children) living in disadvantage mental, social and physical surroundings, using laughter and game in the unique way. The clown-therapy is conducted in institutions such as children homes, old people’s homes, organisations working with physical and mental difficulties and similar, and during public manifestations. The clowns-volunteers look and behave as any other clowns. They are wearing clowns’ cloths and shoes; use different equipment and combining different methods and clown techniques – dance, joggling, acrobatics, magic interlaced with science and verbal expression and gesticulation.

During their shows, clowns are tackling different topics interesting for public, such as discrimination, prejudices, conflict resolution, and involvement of disadvantage people.

Project’ objective is to promote non-discrimination, tolerance and breaking down the prejudices by developing volunteerism in local community throughout:

How to get involved?

Who can be a clown?

Member of the “SKLAUN” can be every person over 18 years old with young spirit, ready for challenges, and to jolly the needed ones.

The workshop was financially supported by the LDA Sisak and Town of Sisak – Department for Social Affairs.