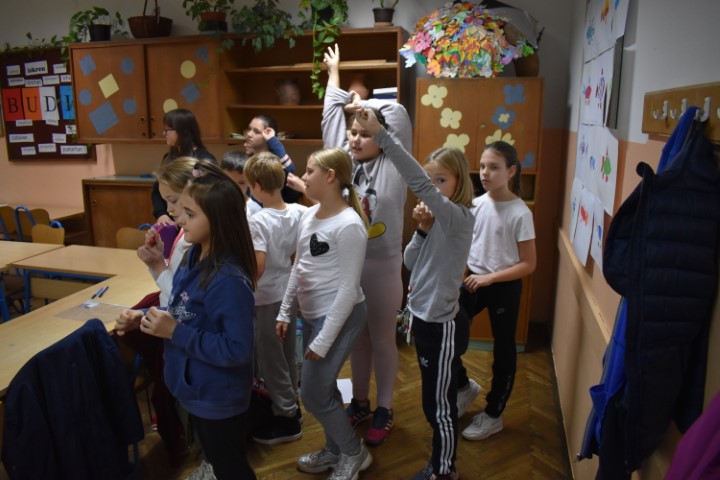 As part of the project “Future: for us and for you!”, Workshops for students and parents began within the Sustainable Development Training Program at the Elementary School Ivana Kukuljevića in Sisak. This week, a workshop for students focusing on the first Sustainable Development Goal, entitled “A World Without Poverty,” was conducted by representatives of  Local Democracy Agency Sisak and the Sisak Red Cross City Society, who are also partners on the Project.

The workshop was attended by 4th grade students who, through interactive work methods, adopted the concepts of 17 Sustainable Development Goals, discussed and reflected on the topic of global poverty, and presented their suggestions for solving problems. Throughout the next workshops that build on the first theme, students will become aware of their role in the process of sustainable development, will acquire critical thinking skills and will develop skills through which they will actively work in the community.

Also, through the three training modules, students will participate in family workshops together with their parents and volunteer activities as a practical part of the training where they will apply the lessons learned.