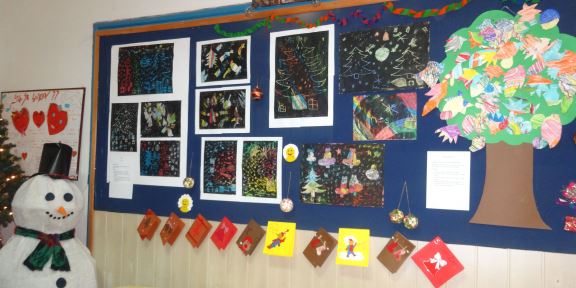 Project STRONGER TOGETHER ended with Christmas exhibition of the Children Home Vrbina Sisak artwork. The Mayor of Sisak, Kristina Ikić Baniček, opened the exhibition and announced upcoming opening of housing community for children that are leaving the Children Home.

Children and youth living in the Children Home Vrbina Sisak joined many holiday celebrations taking place in this period by opening Christmas exhibition of their artwork. Their artworks are one of the results of “STRONGER TOGETHER – Psycho-social strengthening of children and youth without adequate parents’ care beneficiaries of children homes” project. Academic artist Katarina Fabijanić who motivated children to express their feelings and learn new art techniques by preparing Christmas motive artworks conducted the creative workshops.

Mayor of Sisak, Kristina IKić Baniček, complementing the artists and their talent, opens the exhibition in the Home premises on the 18 December 2014.

“Town of Sisak with Red Cross Sisak ensured and equipped one flat that children and youth leaving the Children Home will use till they will not be able to live on their own. The flat is 70 m2 and will be ready for moving in at the beginning of the next year.” – announced the Mayor to present guests and media.

Enabling for independent life upon leaving the Home and better socialisation within local community is one of the STRONGER TOGETHER project objective, led by the Local Democracy Agency Sisak. Beside the creative workshops, medial literacy workshop is conducted by Ana Fabijanić of Rehabilitation stress and trauma Centre from Zagreb and activities of help with homework conducted by the volunteers of Volunteer’ centre Sisak operating within LDA Sisak.

“Originally the project did not foreseen the exhibition but when we saw the final outcome, it is decided to present them and invite community to see it and get involved as volunteers. We do strongly believe that through volunteering we can jointly contribute to better life quality of all of us, and particularly of this children” – said LDA Sisak President, Paula Raužan.

LDA Sisak donated the Home for Children with laptop and supported informatics equipment so that children can practice what they learned during media literacy workshop, and to be more connected with community facilities, with 5 library annual memberships and 80 swimming pool tickets.

All this was possible due to the project donor, Administrative department for social welfare of Sisak-Moslavina County. It representative, Ivan Kirinčić, attended the Christmas exhibition as well. 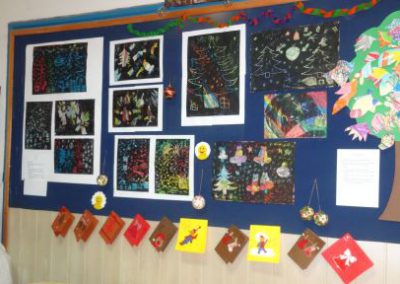 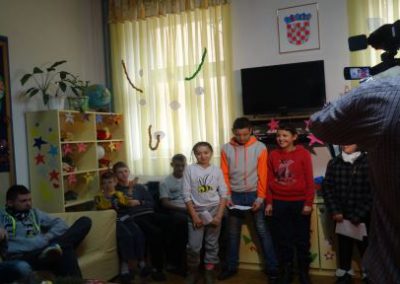 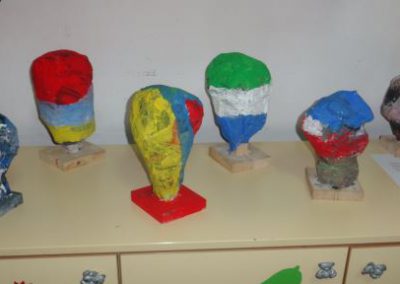 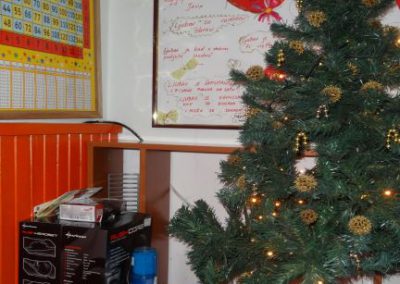 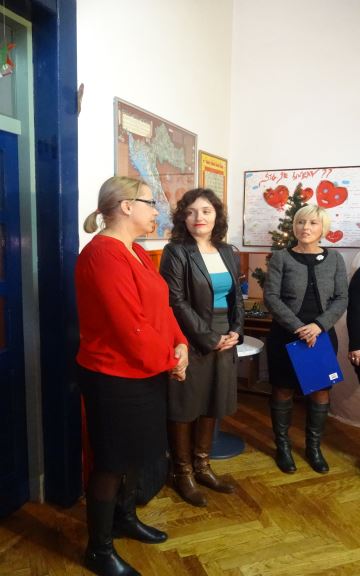