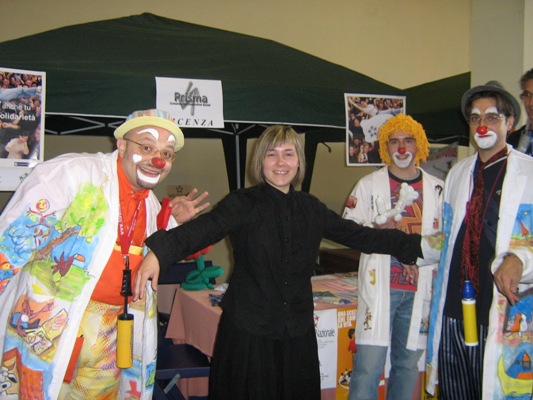 Local Democracy Agency Sisak held the workshop for new clowns volunteers, from 6 to 8 October 2009, in premises of the youth club “SKWHAT” in Sisak. Guest from association “Viviamo in Positivo”, Venice participated as well, and transfer some new skills to clowns from Sisak.

Group of clowns volunteers from Sisak “SKLAUN” is established in October 2008, and performed several times for children and other citizens of Sisak. The clown-therapy, although not developed in Croatia, is present in Italy throughout non-governmental organisations, for the last 10 years. The aim of the clown-therapy is to make children and adults happy using laughter and game. The purpose is to help people living in disadvantage mental, social and physical surroundings, using laughter and game in the unique way. The clown-therapy is conducted in institutions such as children homes, old people’s homes, organisations working with physical and mental difficulties and similar, and during public manifestations.

How to get involved?

Who can be a clown?

Member of the “SKLAUN” can be every person over 18 years old with young spirit, ready for challenges, and to jolly the needed ones.

The workshop was financially supported by the LDA Sisak and Town of Sisak – Department for Social Affairs. 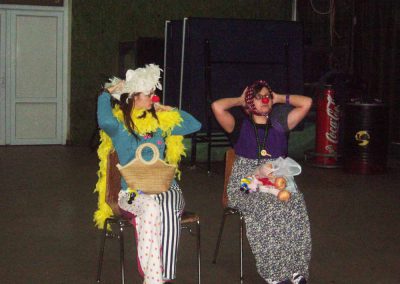 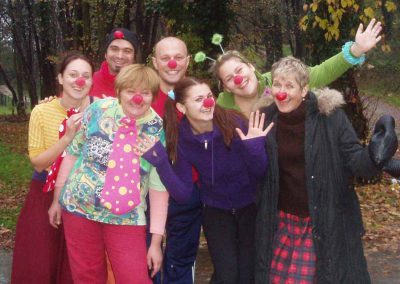 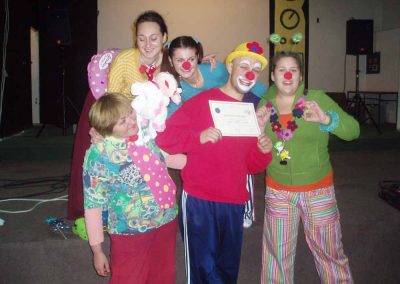 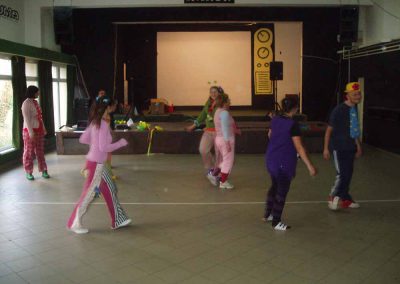