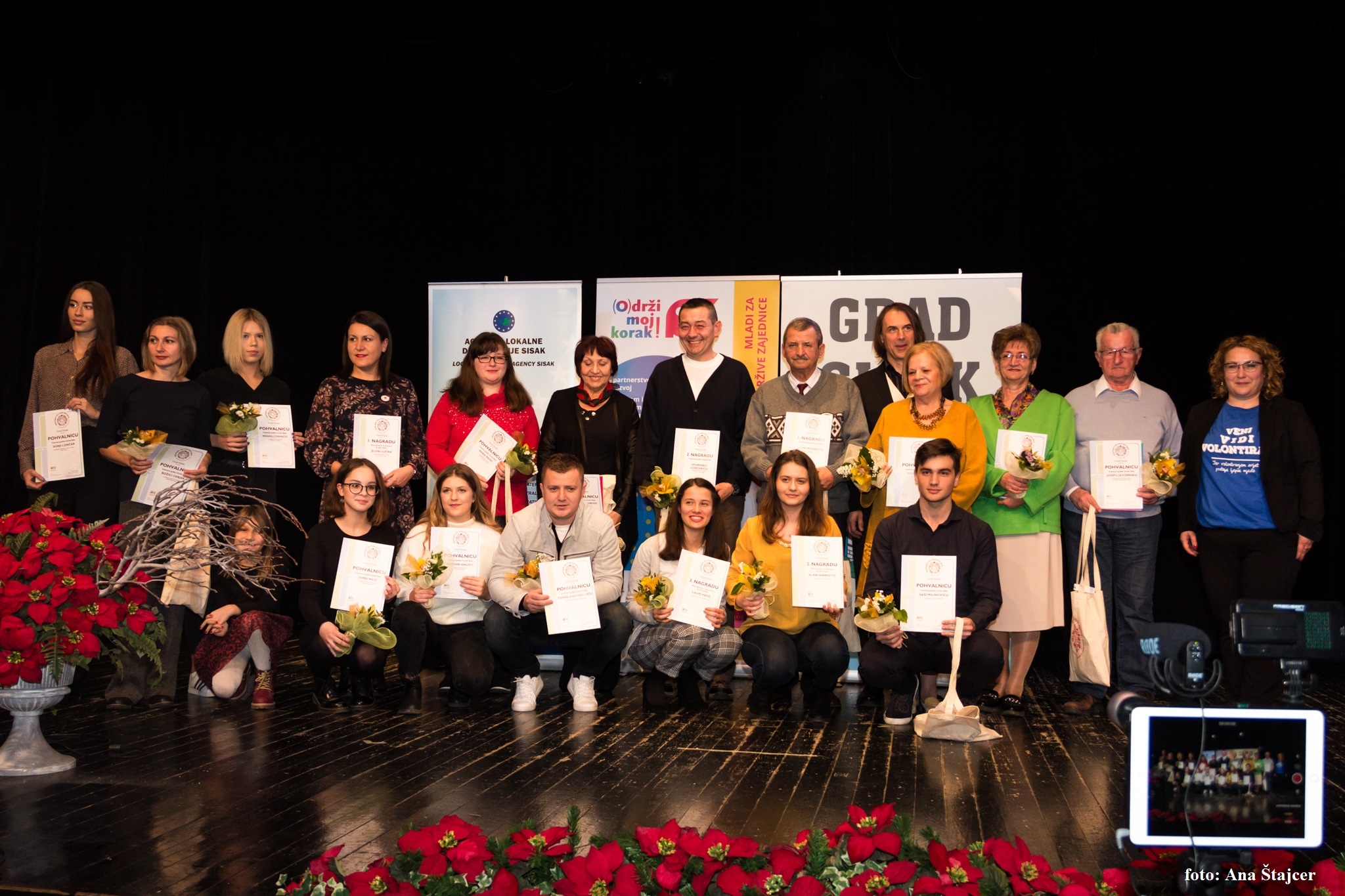 December 5, 2019 Local Democracy Agency Sisak and the Town of Sisak celebrated the International Volunteer Day with the opening of the Exhibition of Photographs of Volunteer Programs of Sisak-Moslavina County.

The exhibition “Growing Together” is set for the fourth year in a row, and presents various volunteer programs implemented by associations and institutions throughout 2019.

Introductory speeches were delivered by Paula Raužan, President of the Local Democracy Agency Sisak and Goran Grgurač, Head of the Administrative Department for Education, Culture, Sport, Veterans and Civil Society of the Town of Sisak.

Paula Raužan presented the work of the Sisak Volunteer Development Commission, an advisory body that is unique in the country, established four years ago with the aim of encouraging the development of volunteerism, in particular by promoting and improving the conditions for its recognition and reward. She emphasized that by volunteering we contribute to building the community we want, which is an inclusive, sustainable and solidarity community.

Goran Grgurač emphasized that volunteering is one of the most important topics of Civic Education that is implemented in all Sisak primary schools as an extracurricular activity and the importance of involving young people from an early age in community activities, as it raises citizens who are responsible and aware that everyone should give their own contributing to their community.

Musicians Vedran Šimunec and Valerija Vranješ, poet Siniša Matasović and Lada Borovnjak and Vida Cetinjan, students of the 3rd grade of the Braća Ribar Elementary School, who performed the short play, are responsible for the entertaining part of the program.

In the category of Volunteer Coordinator of the Year of the Town of Sisak, the first prize winner is Jelena Lučan, second prize winner Klara Krmpotic, and third prize winner Laura Prpić.

The exhibition is part of the project activities:

“Follow My Steps! – Youth for a Sustainable Community” Co-financed by the Office for NGOs of the Government of the Republic of Croatia through the Swiss-Croatian Cooperation Program. It is implemented by ALD Sisak in partnership with Sisak – Moslavina County, Sisak Gymnasium High School and High School Ivan Trnski Hrvatska Kostajnica.

Sisak Volunteer Center co-financed by the Town of Sisak and implemented by ALD Sisak.

The views expressed in this text are the sole responsibility of the Local Democracy Agency Sisak and do not necessarily reflect the opinion of the Govermnent Office for Cooperation with NGOs and the Town of Sisak. 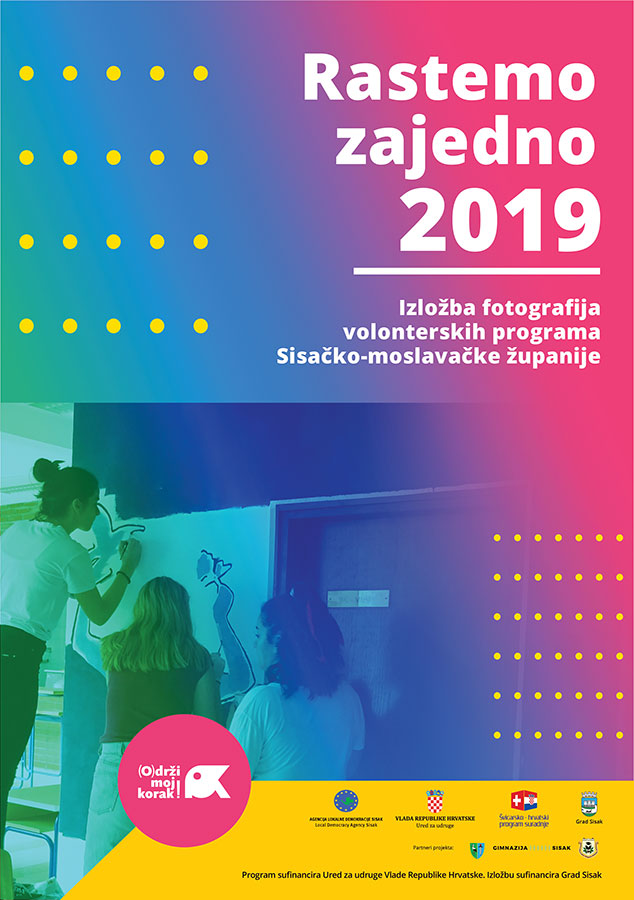