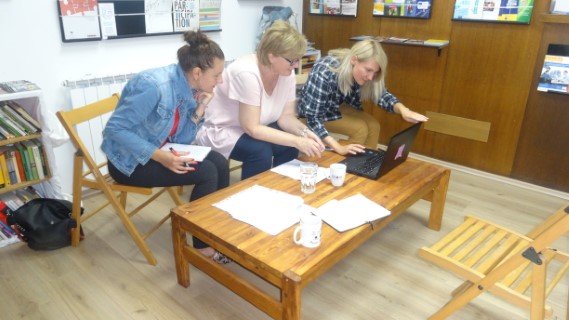 The first working meeting within the project “Future: for us and for you!” was held in Sisak

The meeting was attended by representatives of partner organizations from the Local Democracy Agency Sisak, Elementary school “Ivana Kukuljevića” Sisak and the Croatian Red Cross – City Red Cross Society of Sisak. During the working meeting, the team members planned the concept of developing a sustainable development training program for students and parents, thereby acquiring competencies and skills for active participation in the community in the field of sustainable development. The project will involve 3rd and 4th grade elementary school students and their parents / guardians, who will, through three modules of the training program, acquire theoretical knowledge on 17 global sustainable development topics and put them into practice by participating in volunteer activities.

The program is co-financed by the Office of the Government of the Republic of Croatia.

The views expressed in this text are the sole responsibility of the Local Democracy Agency Sisak and do not reflect the position of the Office of the Government of the Republic of Croatia.