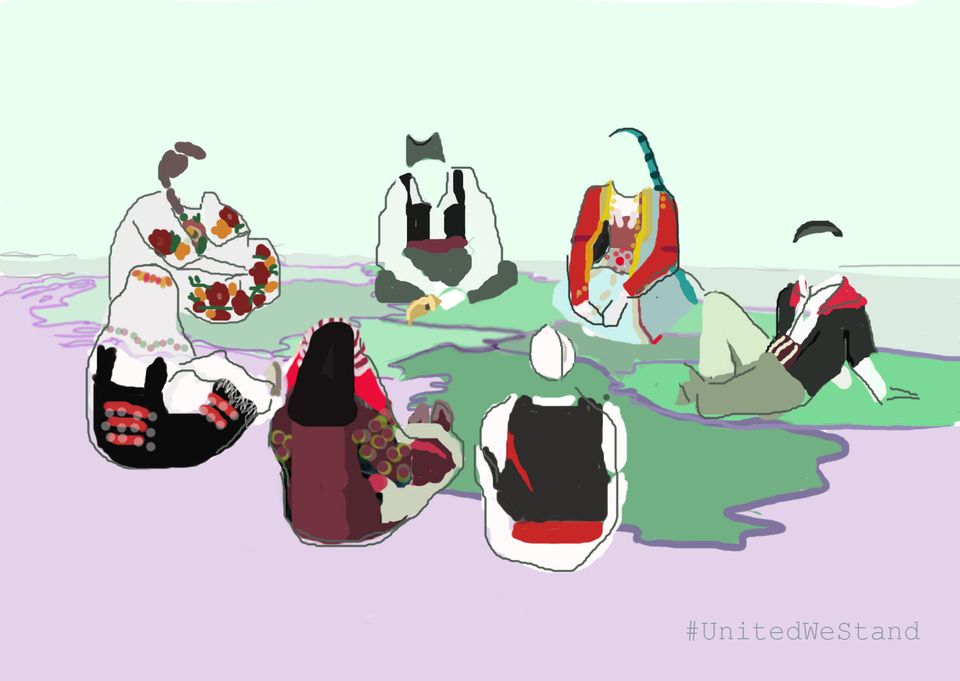 As part of the project “WalkON: Walking the path of reconciliation – empowering communities for a peacful society“ co-financed by the European Union from 10 June to 24 August 2020, a Postcard Competition called “UnitedWeStand” was held whose theme is peace and reconciliation in the Western Balkans.

The competition was attended by young people aged 16 to 25 from Albania, Bosnia and Herzegovina, Croatia, Kosovo, Northern Macedonia and Serbia. Winners of the competition are: Klara Burić from Croatia, Kamila Hoxhalli from Albania, Amar Hamzić from Bosnia and Herzegovina, Mergim Pervetica from Kosovo, Konstantin Stefanović from Serbia, Kristjan Topalović from Northern Macedonia. The winners of the Competition will be awarded a symbolic cash prize and will have the opportunity to participate in an international event free of charge.

The created postcards will be printed in a number of copies and will be used for the purpose of promoting themes of peace among citizens and decision makers as part of project activities.

You can see the winning postcards in the gallery below.

In the gallery below you can see all the other applied postcatds.