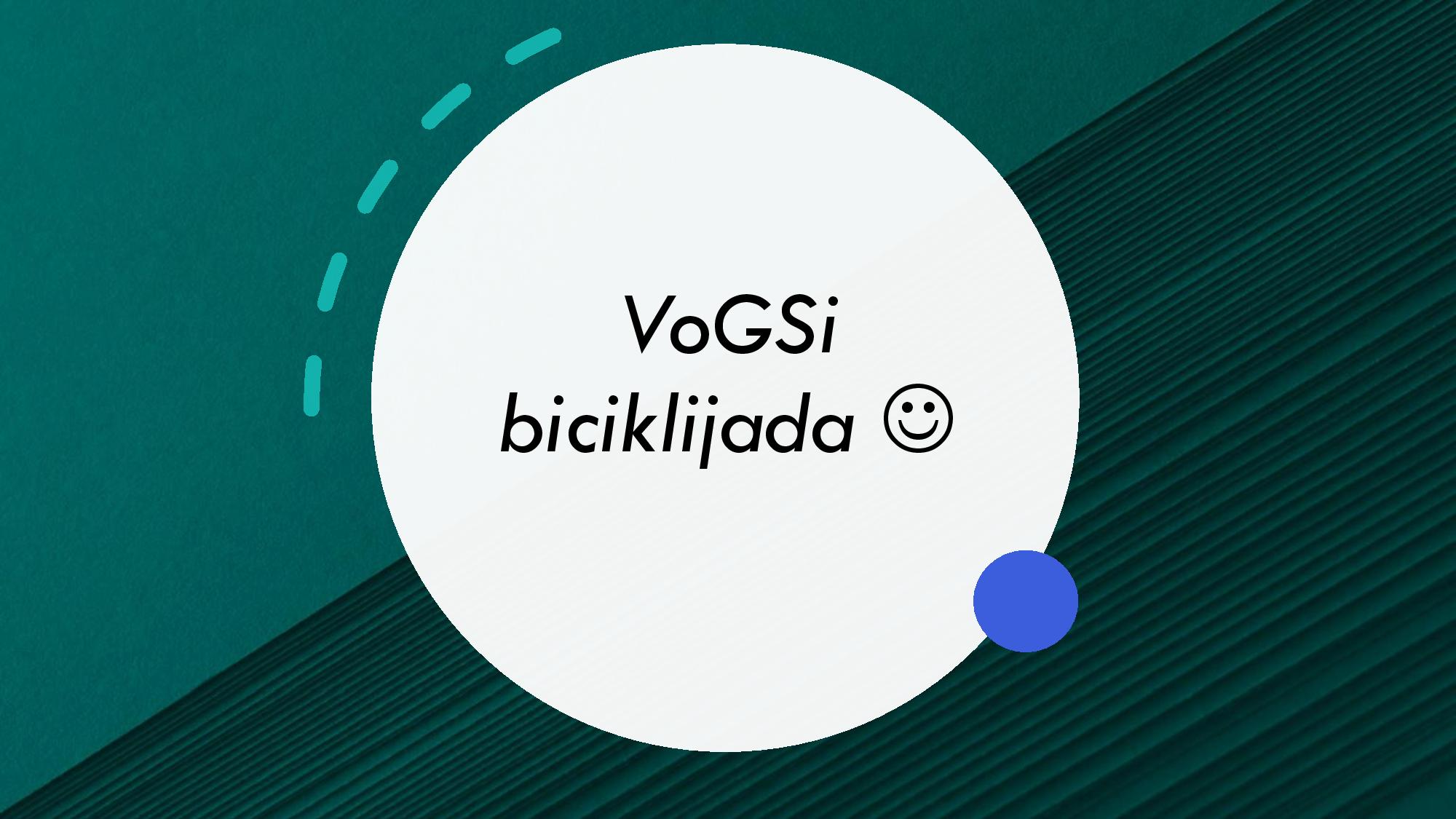 The first volunteer action of the volunteer club “VoGSi”

In the week from 22 to 26 June 2020, student volunteers of the school volunteer club „VoGSi“ from Gymnasium Sisak, as part of the activities of the project “Follow My Steps! – Youth for a Sustainable Community”, for their first volunteer action chose cultural – sports content: a bicycle race called “Let’s get to know our city on a bicycle tour through the points of industrial and cultural heritage”.

The school volunteer club carries out various activities aimed at education and volunteer actions related to the Global Sustainable Development Goals, so the goal of this action was to promote two Global Sustainable Development Goals: Health and Well-being and Quality Education. The action is thematically related to the recently held first peer workshop conducted by two volunteers called “My better tomorrow”.

The purpose of this volunteer action, in addition to recreation and maintaining physical health in the fresh air, was to expand their own cultural horizons and knowledge about the history of Sisak, but also to acquaint others with the sights hidden in our city. Students and school mentors have previously explored some of the prominent cultural and industrial heritage sites. After the volunteers were photographed individually or in small groups at a particular point, they made posters and posted them in the club’s virtual classroom at Yammer application

You can watch all the visual materials from the action in a video made by one of the volunteers – link here.

Let us also mention that this volunteer action was planned as a big bicycle race related to the spring event “In the heart of the city”, but we all adapted to the current epidemiological situation and held it in virtual form, as all thirteen weekly meetings of the volunteer club “VoGSi “.

The project “Follow My Steps! – Youth for a Sustainable Community” is co-financed by the Office for NGOs of the Government of the Republic of Croatia through the Swiss-Croatian Cooperation Program. The leader of the project is the Local Democracy Agency Sisak, and the partners are Sisak Gymnasium High School, High School Ivan Trnski Hrvatska Kostajnica and Sisak-Moslavina County. The aim of the project is to contribute to the promotion of partnership between civil society organizations and educational institutions in the field of volunteerism, which contributes to social and economic cohesion and sustainable development in the Sisak – Moslavina County.